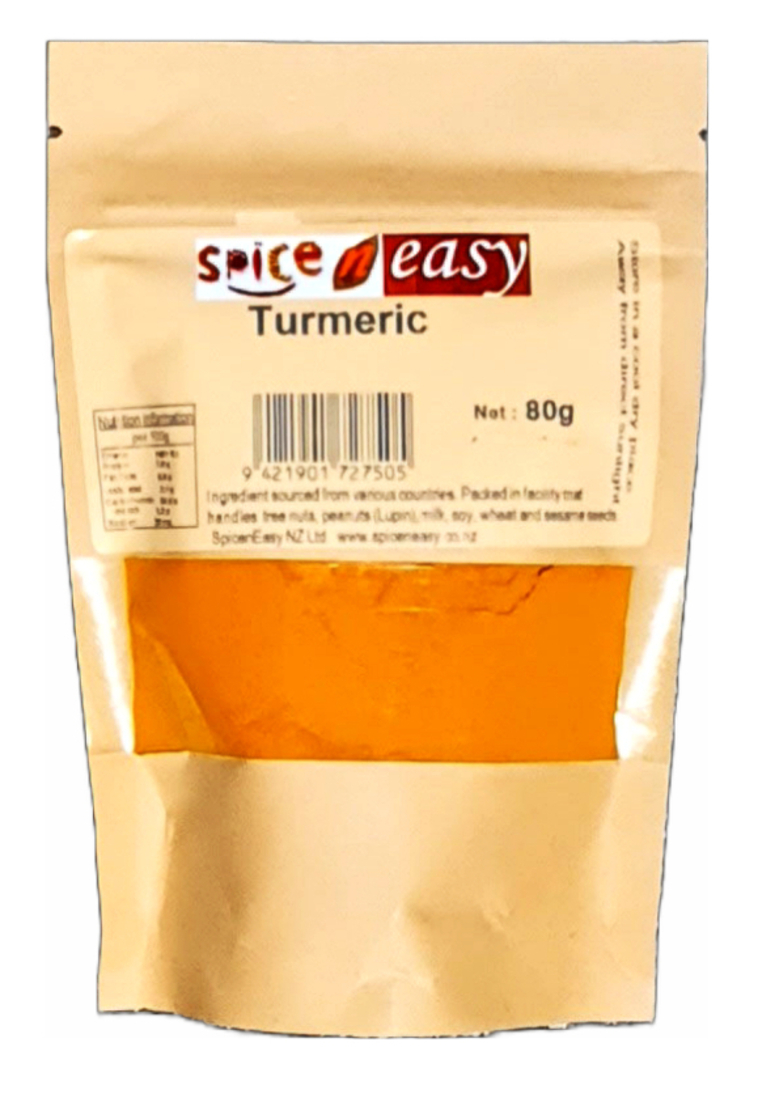 Turmeric is one of the key ingredients in many Asian dishes, imparting a mustard-like, earthy aroma and pungent, slightly bitter flavour to foods
Price:
NZ$ 2.99
SP-Turmeric
Rating:
☆ ☆ ☆ ☆ ☆ ( 5/5 from 4 reviews )

Turmeric is one of the key ingredients in many Asian dishes, imparting a mustard-like, earthy aroma and pungent, slightly bitter flavor to foods.

Turmeric is used widely as a spice in South Asian and Middle Eastern cooking.

The golden yellow color of turmeric is due to curcumin. It also contains an orange-colored volatile oil.

It is used in many products such as canned beverages, baked products, dairy products, ice cream, yogurt, yellow cakes, orange juice, biscuits, popcorn color, cereals, sauces, and gelatin. It is a principal ingredient in curry powders. Although typically used in its dried, powdered form, turmeric also is used fresh, like ginger.It has numerous uses in East Asian recipes, such as a pickle that contains large chunks of fresh soft turmeric

View your shopping basket or browse other items.